By tapping into gravity and the water cycle, humans have long taken advantage of one of Earth’s most efficient and naturally occurring energy sources, water. Today, intelligent technology is helping to better manage the process of hydro-electric power production. 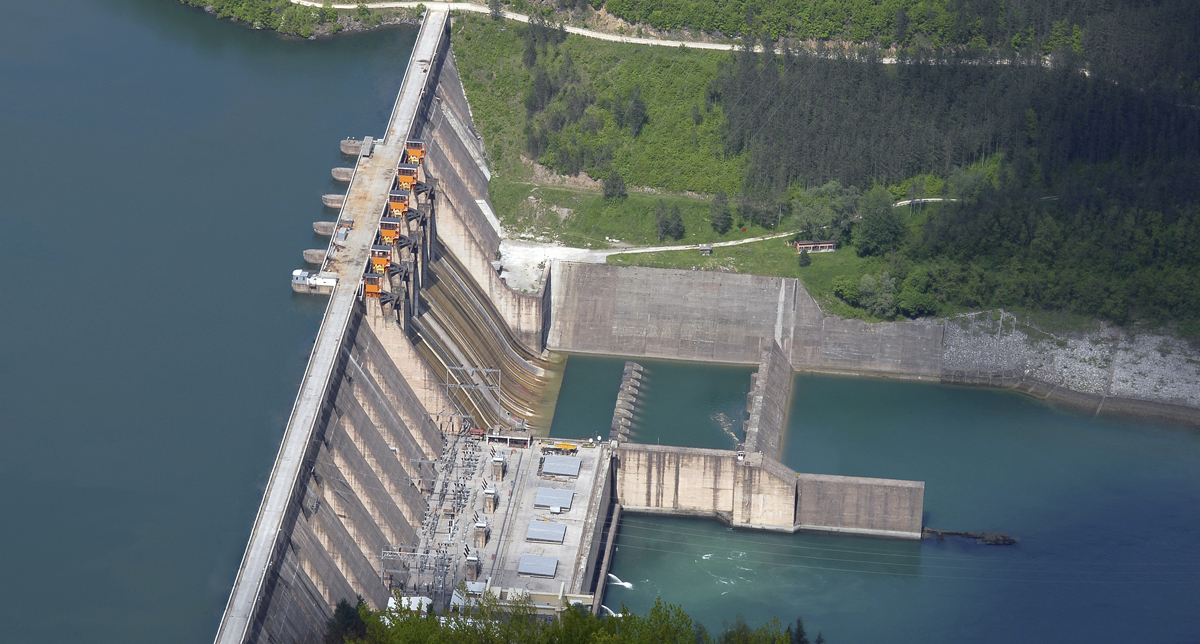 Generating around 24 per cent of the world’s total energy, hydro-electric is one of the most efficient energy generation methods. But, what are the advantages of hydro-electric power over other renewable sources?

Highs and lows of hydro-electric power

Hydro-electric power is widely regarded as one of the cleanest energy sources available, as it does not emit any carbon dioxide during the process. However, the initial investments of time, materials and resources can be extremely high.

The civil engineering required for plant construction can be incredibly complicated. Rerouting rivers, housing underground power units and taking careful consideration of the aquatic and environmental impact of construction are all potential roadblocks. Regardless of these complications, the rewards of investing in hydro-electric power are unrivalled.

Hydro-electric power can be as volatile as other renewable sources, but as it is available during the night, it is considered more consistent than solar. It also provides energy companies with a greater level of control than some other renewables.

Rather than relying on battery storage, hydro-electric plants can use pump storage to better control when energy is generated. This method of storage entails pumping water back into the dam when there is no need to generate electrical power, or if the prices for energy are particularly low at that time.

So, what can we learn from these countries that have already created successful hydro-electric power plants and how can new technology assist in the process?

As with any energy generating operation, control and monitoring software is an essential way to keep plants under control. However, due to the size of most hydro-electric operations, investing in intelligent control software is even more critical.

Control and monitoring software for hydro-electric plants can acquire an array of data — the systems can be used as a local Human Machine Interface (HMI) for the components of a power station, collecting data from numerous components, such as turbines, generators and converters. For individual power plants, the software can be used for project configuration and reporting or can be scaled upwards to manage a number of plants in a higher-level system. But, how does this data improve operations?

Consider maintenance as an example. Generally speaking, machinery in a hydro-electric power plant will need to be revised and repaired every few years. However, without the necessary data to accurately predict when a machine might need maintenance, making investments in repair and maintenance is purely based on guess work.

By archiving data from the plant’s operation, the software can identify any problems with machinery or equipment in the plant. For those familiar with control software for energy and infrastructure, understanding the data can be an art form. Thankfully, modern software can collate this information into an easy-to-understand report — helping maintenance personnel identify exactly where the machine breakdown is likely to occur, if the plant is spread over several sites.

React to alerts in real-time

Collecting and archiving data can also be advantageous when reacting to problems at the plant. Due to their size, many hydro-electric power plants have unmanned control rooms, which can lead to slow reactions in the event of a problem. Rather than waiting for the problem to escalate, most modern control systems will also provide alerts to operators by means of SMS, e-mail or a call.

Using this method, operators can react and identify what has gone wrong. In these circumstances, it is often necessary to reconstruct the past events of the plant’s operation to work out exactly where in the process the error has occurred. Again, software can help.

COPA-DATA’s zenon, for example, has a dedicated Process Recorder module. This feature can pull operational data from the archive and replay the operation of the plant at any given time. This provides operators with a playback of what has gone wrong, enabling quicker identification of the problem and in turn, decreased downtime.

This method of data archiving also means that events are recorded and are available for subsequent analysis. This can enable plant managers to make more informed decisions and improve the plant’s efficiency even further.

Hydro-electric power may be one of the most efficient of renewable sources, but that does not mean its methods of generation cannot be improved. Using control and monitoring technology, energy companies in Central Europe are already benefitting from the carbon-free power of hydro-electric energy.