How many steps does it take to make a cup of tea? Before those tiny leaves make their way to your mug, they have been rolled, fermented, sieved, inspected and bagged in a factory — not to mention the process of adding strings, tags and specialist packaging. Automation has done wonders for streamlining production; but many facilities are now striving for complete plant automation. Here, I'd like to explain complete plant automation and whether this is feasible for most manufacturers. 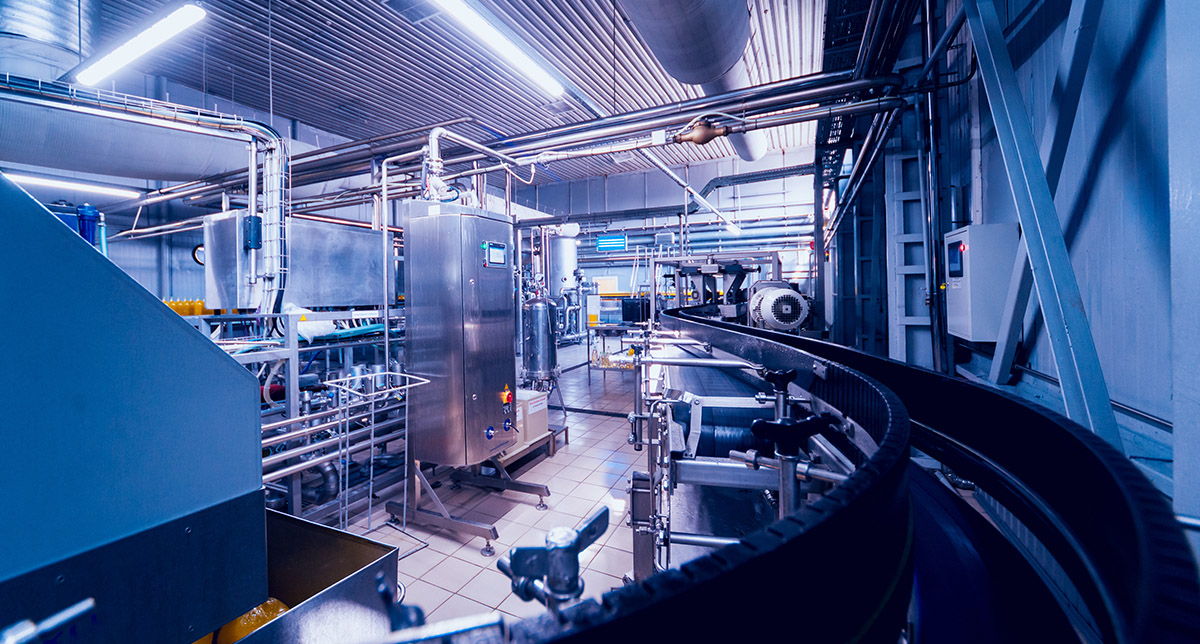 The media is awash with recommendations for manufacturers on how to invest in automation, with warnings of dire consequences for those that fail to keep up. Despite pressures, a study by Cisco suggests that just 26 per cent of Internet of Things (IIoT) projects can be considered a complete success. Perhaps more worryingly, approximately 15 per cent of projects currently in progress will either be delayed or will fail completely. Considering these statistics, achieving complete automation sounds like a daunting task. Thankfully, it needn’t be.

Complete plant automation doesn’t require manufacturers to reach “lights out” production standards — a term used to describe factories that can operate automatically with no need for human intervention. In reality, complete plant automation describes a manufacturing facility that is entirely connected and can therefore be optimised and automated to its full potential.

A sustainable route to automation

Much of the rhetoric surrounding automation suggests that manufacturers need to reengineer their facilities through hefty investments in new hardware and technology. Realistically, though, the majority of small to medium-sized enterprises (SMEs) cannot gamble such large sums of capital.

Achieving total automation in a facility should be an end goal for manufactures with digitalisation plans, but there is no reason why this cannot be achieved through incremental changes. This can mean starting with a much smaller automation project; such as one focussed on improving a small area of production.

Keeping the project manageable allows plant managers to determine whether the investment is worthy of site wide deployment. Let’s say the aforementioned tea bag production facility installs variable speed drives (VSDs) into its conveyors at the packaging stage. VSDs function by adjusting the amount of power provided to the motor, according to what is actually needed for the conveyor’s task. When there are no goods on the conveyor, the VSD will command the motor to slow down or pause and therefore save energy.

Focusing on a specific metric, like energy consumption, allows manufacturers to determine whether the project has been a success and how the technology would perform if deployed site wide. That’s providing an energy data management system is used to measure efficiency before, during and after deployment. Only after careful evaluation can manufacturers begin to consider scaling the project and making a larger investment towards complete plant automation.

That being said, this method does not necessarily connect the entire facility. Moreover, this incremental process of deploying new automation can risk communication issues due to technology incompatibility.

When attempting complete automation, a common from objection manufacturers is that a high level of connectivity is not possible in facilities that use legacy equipment or machinery from several original equipment manufacturers (OEMs). Many believe that an entire system overhaul is necessary to get the plant to a homogeneous standard. However, that is not always the case.

A method of achieving complete plant automation is to consolidate existing production technology onto a single platform. While this doesn’t homogenise communication standards, it can provide operators with complete view of their production, allowing them to optimise it accordingly. This can be achieved by deploying software that can communicate across several standards, including those of new and legacy equipment.

This avoids the common hurdle of visualising site wide data. For most manufacturing facilities, operational data is not stored centrally. New VSDs may feed data directly to a PC program, while legacy equipment is more likely to store data in the machine itself. In these environments, analysing information means exporting data from several sources and reuploading to a separate platform. Without efficient analysis software, some manufacturers may find themselves evaluating this data manually — making it almost impossible to optimally automate the plant.

To achieve complete automation, software platforms must be hardware agnostic. This means that, regardless of the equipment manufacturer or communication standard of equipment, data can be seamlessly acquired and fed to one central tool.

With over 300 native drivers and communication protocols, COPA-DATA’s zenon platform can provide this. The software can seamlessly connect a facility with a mixture of old, new and proprietary programmable logic controllers (PLCs). Using open standards, such as OPC Unified Architecture (OPC UA), and standardised industrial protocols, such as Modbus and BACnet, the technology makes it possible to converge all equipment in a facility regardless of age, brand or communication standard. From here, manufacturers can turn data into insights.

Creating a central platform means that manufacturers use data to identify where production can be improved. Again, consider tea bag manufacturing as an example. Industrial fermentation of tea leaves requires high levels of humidity for oxidation, which means temperatures must be regulated with controlled timing. Software to visualise the entire production line could be used to detect delays in earlier processes that could postpone production. Using this knowledge, operators can reschedule the time in which the fermentation area needs to be preheated, to save energy and reduce waste.

As an automated software platform, zenon also allows operators to set parameters that ensure processes are always optimised in this data-informed manner. This includes integration with operations typically associated with the IT realm, such as enterprise resource planning (ERP). Should an unavoidable production error result in a defective batch of tea bags, zenon can automatically alert the purchasing team of this problem, to ensure the inventory is restocked and production is rescheduled to replace the unfulfilled order.

Plant automation is not necessarily limited to industrial and IT processes. Taking it a step further, software platforms can also integrate building technology and HVAC control to give manufacturers control of every aspect of their facility.

Meat processor and manufacturer HANDL, the largest producer of Tiroler Speck, achieved this level of automation across its four manufacturing sites in Austria by deploying a solution based on zenon. At the beginning of the project, HANDL had equipped several of its facilities with automated control software but needed to add a third-party system for its new production facility, which was being developed with a high level of automated hardware.

Encompassing over 40 PLCs from different manufacturers, along with an established building management system, the project needed to ensure seamless data consistency to provide operators with real-time site wide monitoring. To achieve this, HANDL replaced everything between the ERP system and the Manufacturing Execution System (MES) with zenon. By encompassing every system, this is an extreme version of complete plant automation. However, it provides an excellent example of how complete plant automation can be achieved across several sites and be deployed incrementally, if necessary.

Automation has long been used to enhance production and efforts to achieve complete plant automation are taking these advantages a step further. This is allowing manufacturers to strip out inefficiencies and reap more benefits.

Achieving this level of connectivity may seem daunting, but it doesn’t have to be. Taking incremental steps, by experimenting with small automation projects and connecting existing equipment to centralised software, is a more feasible option. Despite the media buzz — with its recommendations, or warnings of dire consequences — complete plant automation can be achieved through methods that are sustainable and risk-free. Indeed, achieving these levels of connectivity could be as simple as making a brew.

Tackle the Future Challenges of Fabrication and Assembly

A new way to manage updates and patches