The next step to carbon neutrality

Garry Forfar
July 2021
According to a new Carbon Brief analysis, the UK’s greenhouse gas emissions in 2020 were 51 per cent below 1990 levels, largely down to the country’s COVID slowdown. The figures mean the UK is now halfway to meeting its target of net-zero emissions by 2050. However, emissions are likely to rebound as the economy recovers. Here, I explain the role industrial software can play in achieving the net-zero target. 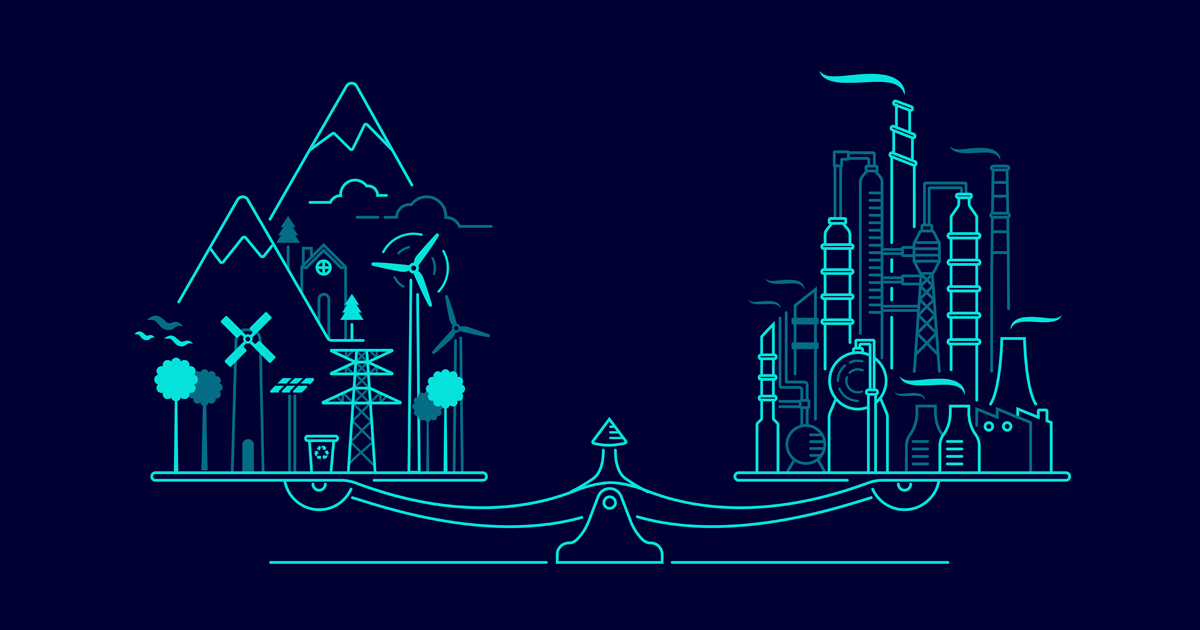 The driving force behind these efforts to reduce emissions are often corporate and social responsibility, rather than government mandated targets. More companies are making the switch to renewable energy and subsequently promoting their green initiatives at a corporate level, influencing others to act in the same way. For example, Brewdog has become the first carbon neutral brewery and has paved the way for other breweries to look for ways to reduce their carbon footprint.

Corporate initiatives or government mandate aside, businesses have a key role to play in the green transition.

Most companies have already taken small steps to reduce energy usage. Many have changed assets such as light bulbs to LEDs and soft starters to variable speed drives (VSDs), which is now considered as fixing the basics. Most sites have power meters measuring power consumption throughout their facility, although these are rarely connected and a lot of the time never looked at.

While the sufficient hardware is being installed, the next step and biggest win is to install software to connect to these existing energy meters and bring all energy consumption data into one place. This allows for accurate monitoring and reporting of a company’s energy usage.

Microgeneration is becoming an increasingly common method for manufacturers to independently managing energy usage and costs.

A microgrid, or a small-scale energy generation site, can include solar panels, small scale wind turbines and combined heat and power installations to generate heat and electricity. Unlike large renewable plants, a microgrid can consist of just one wind turbine, or a small number of solar panels. Typically, these are designed to produce just enough energy to power the business in question or a group of businesses in proximity.

These hold huge potential to lower electricity prices for businesses. In fact, microgrids are estimated to save between 21 and 30 per cent on total energy costs, with onshore wind being the cheapest form of electricity generation.

However, the potential of microgrids does not stop there, as they help to reduce carbon footprint too. They offer the opportunity to deploy more zero-emission electricity sources, thereby reducing greenhouse gas emissions. Using an advanced EDMS like zenon is essential for companies. It can help to balance generation from non-controllable renewable power sources — such as solar — with distributed, controllable generation like natural gas-fuelled combustion turbines. Load shed when needed to keep demand in line with targets or bring in power from non-renewable sources if load shedding is not an option at that time.

While microgrids are a heavy investment into energy technology and have many benefits, there are straightforward routes manufacturers can take to help reduce their carbon emissions. One way is for manufacturers to use COPA-DATA’s zenon automation software, ensuring the monitoring of energy usage is achieved affordably. If you are not monitoring every kWh used, using automation to turn off supplies when they’re not required, then you’re not at the stage to take full advantage of a microgrid. There are much easier and more cost-effective solutions to reducing your carbon footprint and assisting the UK to reach its net-zero carbon emissions target by 2050 or hopefully sooner.