Bernd Wimmer
November 2022
In automotive production every vehicle passes countless production stations before rolling off the assembly line to the specification ordered. Thanks to the compatibility of zenon, the terminals for the different stations do not have to run the same zenon version. 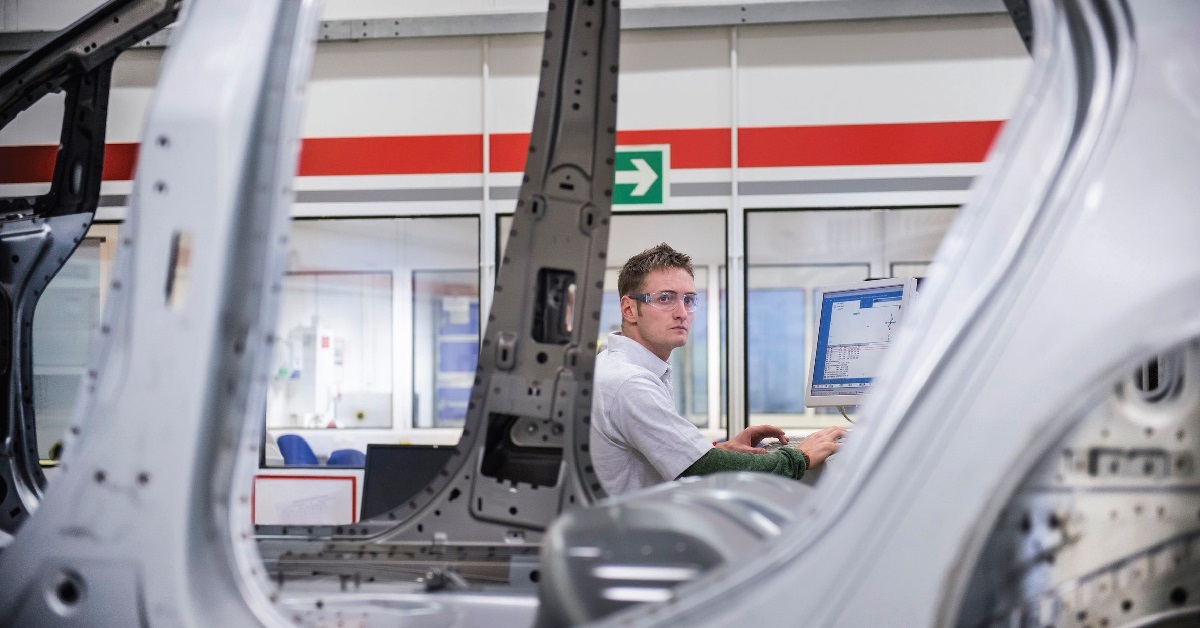 Updates are unpopular, to say the least. In office environments, they can interrupt work. In factories, they can bring production to a standstill if the software update is not well planned. Nevertheless, updates have many benefits. For example, the latest version is often required to answer new security risks. Optimized programming often improves speed and performance and added features further benefit users. Such software product life cycles are widely familiar to users of Windows, Android and office software.

What applies to popular operating systems also applies to zenon. COPA-DATA has ensured that updates can be integrated easily in everyday production. The compatibility of zenon has the highest priority. It guarantees the integrity of the intellectual property behind these usually laboriously developed solutions. Once saved in a zenon project, the solution can be re-used in the future. It continues to run undisturbed and can be serviced conveniently as usual.

Compatibility has many faces

The following example involving conveyor technology for the Automotive industry clearly shows the benefits that the zenon compatibility concept provides.

A variety of technologies are used in the vehicle production process. In shell or body construction, things are different than in the paint shop or in assembly. But no matter what the technology, conveyor technology always moves a vehicle from point A to point B. It covers a large area in the production facility and has a complex structure with numerous production stations and nodes
with branches, junctions, parallel sections and temporary storage points.

Spread out updates over time

Conveyor systems remain in operation for some 15 to 20 years. At the same time, the life cycles of production facilities are adjusted to the production time of the respective vehicle models, which is between five to seven years. In addition, the running times vary for systems at the various production stations such as body shop, paint shop, assembly and component manufacturing.
Because production lines cover long distances and include many terminals, installing updates can be timeconsuming. It can make more sense to split up the updates and spread them out over time.

This extends the time window for software updates. They can be easily installed during planned production downtimes, such as during scheduled maintenance activities on the corresponding equipment.

In these cases, Service Engine compatibility is a major benefit. The latest version of zenon Service Engine can run on the new terminal and the other terminals do not require an update.

As conveyor systems never have the same Service Engine client due to their large size and many stations, mixed operation is required, and zenon masters this effortlessly thanks to its comprehensive compatibility. As a result, conveyor systems can be gradually upgraded to a new version during operation. For example, you could upgrade from Windows 10 to Windows 11 and install security patches.

In the complex world of automotive manufacturing, a multiproject network is nothing unusual. An example of this in the sphere of paint technology might be an integration project or superordinate project called Painters. The subprojects might be, for example, sealing, cathodic dip painting, underbody protection, top coat, dryer and body storage. Updating software in such multi-project networks requires careful planning. Most importantly, the oldest version must be running on the Service Engine server.

Thanks to Engineering Studio compatibility, project creators can use a brand-new version of zenon if they wish to expand legacy systems and use existing code. The zenon Engineering Studio should be used to import and edit it. The target version for the zenon Service Engine can be selected conveniently with a mouse click. This ensures that only features that work reliably on the target Server Engine are configured.

As described above, thanks to online compatibility, different zenon Service Engine versions can be used at the same time.

This end-to-end compatibility applies not only to version upgrades, but also to small and large product updates.

Maestro to the pit