One day they are part of a skyscraper, the next, a Star Wars X-wing fighter — it’s the fact all Lego blocks fit together that makes them endlessly versatile. This modular, brick-by-brick, approach also applies to manufacturing automation in the form of plug-and-produce systems. I’d like to explain why and how manufacturers could benefit from module-type package (MTP) modular production systems. 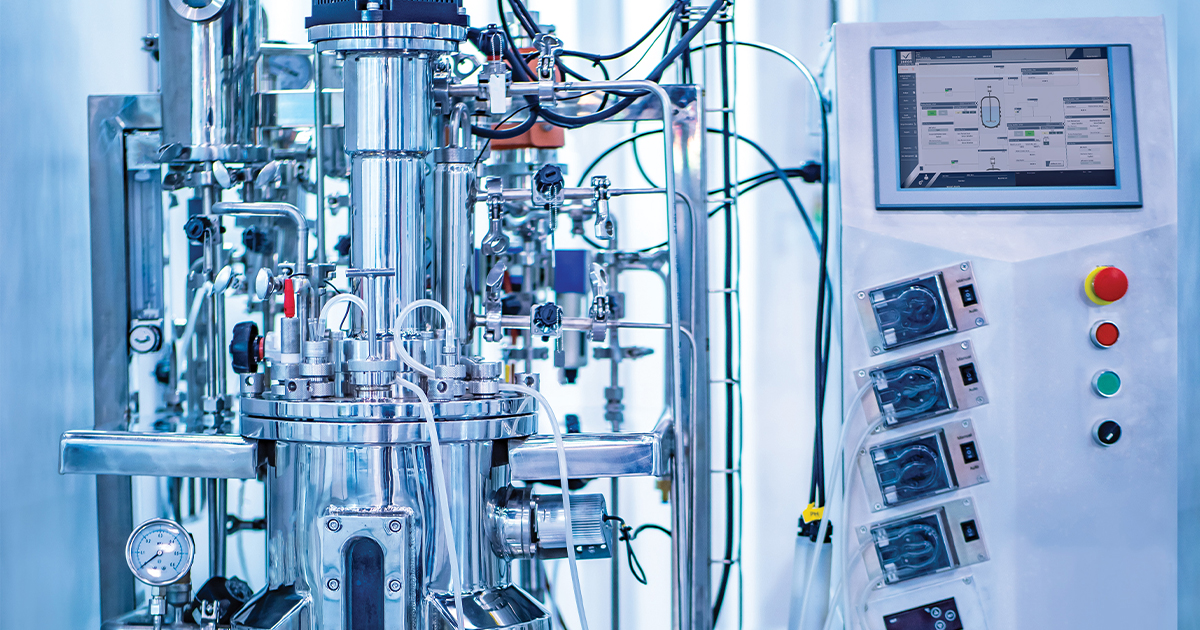 Across the process manufacturing and pharmaceutical industries, demand for smaller batch production and individualized automation is rising. However, conventionally structured process plants lack flexibility, and are unable to manage the changes to products and quantities efficiently. Plus, traditional production systems require a large initial investment, lengthy engineering and installation, and often lock manufacturers in to purchasing the bulk of their equipment from a particular manufacturer, due to incompatibility between different brands.

A shock for the DCS market?

A promising alternative, with the potential to make old-fashioned distributed control systems (DCSs) obsolete, is module-type package (MTP) modular production systems. MTP is the cross-industry and cross-manufacturer standardization of the interfaces of different pieces or sets of machinery, which form a module.

Essentially, MTP breaks down a production line into its elements and makes them all speak the same language. As a result, the modules become interchangeable, and can easily be moved and switched in and out of a particular production line without the need for complex programming, maximizing plant flexibility. MTP is a hardware independent, no code plug-and-produce concept. It seems that MTP has the capability to set a new standard; which might be a shock for overweighted DCS system vendors.

Theoretically, MTP works in a similar way to setting up your home office. Your computer or laptop will be from a particular brand, but it is possible to plug in a keyboard from a completely different manufacturer and still access all of its functionality. The same goes for the mouse, speakers, or headset. Even a printer can be connected in a similar fashion, which in turn gives the user easy access to another tier of functions, including scanning, faxing and copying. In much the same way, MTP enables users to directly access the available services of any individual modules via the process orchestration layer (POL).

There are several industries that can gain from implementing modular production strategies, including the chemical, pharmaceutical, energy, food and beverage and marine sectors. Currently though, the life science and electronics — specifically the production of raw material for semiconductors — sectors are the biggest drivers towards greater adoption.

Advantages of automated, fully modular production systems include 50 per cent faster time to market. This is because most of the systems engineering uses prefabricated modules which can be easily integrated into the process control system. Product development time is also shorter, as scaling from the laboratory to production phase is much simpler.

MTP also translates to a 40 per cent reduction of production costs. The more flexible plant set up means that converting to or initializing a new recipe or product is much cheaper and more efficient — benefits felt especially keenly in small batch production. This has knock on effects on innovation. Lowered initial production costs and the ability to make small batches cost-effectively vastly decreases the investment risk associated with market entry. Plus, the flexibility of MTP systems mean that production can easily be scaled in line with market demand.

MTP doesn’t just impact production, but the design of the plant itself. MTP supports more agile production, resulting in an adaptable production setup to which additional equipment can be easily incorporated. As long as they know what MTP modules are available, design engineers can anticipate where in the process they will be needed and the system design will grow from there. As a result, this saves time, development effort and cost.

Often, there is an element of modularity already incorporated into plant design, MTP just relies on automation to take this approach even further. As a result, integrating fully automated modules into the process control system often involves much less engineering outlay.

To implement MTP is easier than manufacturers may expect. First, modularization requires uniform information about each individual module. For example, the data objects to be recorded and services to be executed. Achieving this facilitates easy integration into a POL, like the zenon POL. The software does most of the heavy lifting by connecting with the zenon Engineering Studio and zenon Service Engine to automatically generate a complete process control system.

zenon offers all the functionalities manufactures need to implement MTP in their plant. By using zenon Soft Logic, it is even possible to make older, existing plants MTP-compatible. Secure, simple and scalable, zenon also encompasses HMI, SCADA, IoT, soft PLCs, alarming, messaging, and reporting, making it the ideal solution for all your industrial automation needs both now and in the future.

Simplicity and flexibility are at the heart of a Lego brick’s design, and these concepts translate directly to modular production. MTP offers increased efficiency, productivity, and lower production costs to manufacturers in the process industries, enabling them to meet the challenges of today. For manufacturers looking to implement MTP production methods in their facilities either now or in the future, the zenon software platform offers support for all automation activities.